So I’m actually a month late to the Magical Readathon but since I do want to give the N.E.W.Ts readathon in August a try, I decided to finish the O.W.Ls readathon this July. The Magical Readathon is a Harry Potter themed readathon; the Ordinary Wizarding Levels exam are taken by all 5th year Hogwart students, and they prioritize certain subjects in order to pursue their future careers. So, the O.W.Ls readathon consists of 12 challenges in correspondence to the subjects.

The Magical Readathon was created by Gintare @ Book Roast whose introduction video you can watch here.

Following in Gintare @ Book Roast’s steps, I also shaped my O.W.Ls TBR according to my choice of career. So what career did I opt for?

Well, if I was a wizard, my ideal career would be to work with the Department for the Regulation and Control of Magical Creatures.

In 1750, Clause 73 was inserted in the International Code of Wizarding Secrecy, which states: Each wizarding governing body will be responsible for the concealment, care, and control of all magical beasts, beings, and spirits dwelling within its territory’s borders. Should any such creature cause harm to, or draw the notice of, the Muggle community, that nation’s wizarding governing body will be subject to discipline by the International Confederation of Wizards.

Since I’ll need to read at least five books to get an Outstanding, I’m prioritizing Care of Magical Creatures, Charms, Herbology, and Defense Against the Dark Arts. I’m also adding in Ancient Runes for no other reason than because I want to read the book.

Do automatons count as magical creatures? I would like to think so! Considering the way the automatons are described in this series, you would think so too! Go read my review for the first three book in The Great Library series!

ANCIENT RUNES: A BOOK WITH A SYMBOL ON THE COVER

Lydia Sherre’s Love, Lies, and Hocus Pocus series is one my most favourite series ever. It’s witty, charming, and full of adventure! Readers of the series are especially fond of the troublesome and yet lovable witch Sebastian Blackwell. So I was thrilled when Sherrer announced her release of a sort of prequel (and a series at that!) for our Sebastian. I did always wonder about his connection with the fae!

This will be my first time reading Barbara Kloss’ work but I was drawn to this novel because its cover just screams DARK FANTASY! We have prohibition of magic, healers, necromancers, and what I assume as religious fanatics. The book sounds quite promising, so let’s hope it lives up to my expectations!

HERBOLOGY: A BOOK WITH A NATURE RELATED WORD IN THE TITLE

To be honest, I’ve been putting off this book since I’m actually a little scared of getting emotionally invested in it. *bad bookworm* But look at this: “Targeted from the outset by rival classmates for her color, poverty, and gender, Rin discovers she possesses a lethal, unearthly power—an aptitude for the nearly-mythical art of shamanism.” You just KNOW this book is going to deal with very heavy themes.

DEFENSE AGAINST THE DARK ARTS: A BOOK ABOUT/FEATURING SECRET SOCIETIES/CLUBS

This particular book was recommended by Evelina @ Avalinahs Books who compares this book to Harry Potter but instead of wizards, it’s scientists! It’s always inspiring to read books about women in science and considering the HP vibe this book gives off, I thought it a fitting addition to my TBR.

ARITHMACY: A BOOK WITH A NUMBER ON THE COVER OR IN THE TITTLE 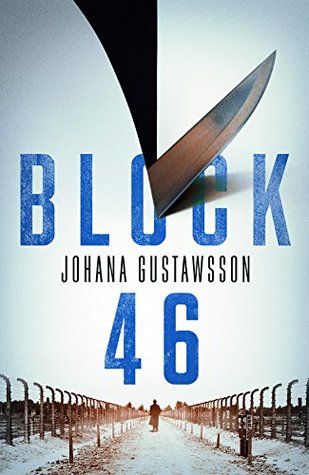 Taking a break from the fantasy sprint, I decided to pick from my ebook hauls from Orenda books. Crime By The Book, in their review, describes this book as part French Noir and Nordic Noir with elements of serial killer fiction and historical fiction.

This books is a recommendation from Fanna @ Fannatality. It’s described as Sleeping Beauty but in space! From the reviews I’ve read, people have praised this book for its sexual and racial diversity, beautiful imagery, anti-abuse messages, and well developed characters!

I think I might be the only one who hasn’t read this book yet! So, there are two queens: a queen of light and salvation, and a queen of blood and destruction. That’s all I need! Also, the story-line for each seems be millenia apart, so I’m really interested in finding out how Claire Legrand will bring them together!

HISTORY OF MAGIC: A HISTORICAL FICTION

I specifically requested for this book as I had read that it’s the real life story that inspired Vladimir Nabokov’s Lolita. It’s about the kidnapping of 11 year old Sally Horner in 1948. This book seems like it’s going to be a disturbing read, so I’m going to need a lot of emotional prepping.

I actually started this book a few months back but I couldn’t get in to the stories, unfortunately. Hopefully this time around I’ll be able to push through it!

I couldn’t think of any book that would fit this prompt. Although I’m sure Smoke and Iron would I wanted to keep that one for Care of Magical Creatures. 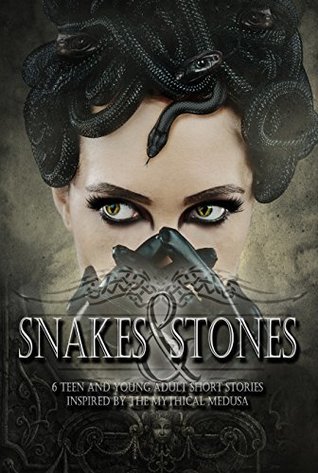 An anthology of six stories about Medusa! Medusa is one of my favourites in Greek mythology so I’d love to see how the six authors are going to shape her.

And that’s it! I think this is going to be a little tough for me since I’m a HUGE mood reader which makes this even more of a challenge for me.

What are your thoughts on readathons? Are you planning to join the N.E.W.Ts readathon? How did you do with you O.W.Ls?

6 thoughts on “Joining the MAGICAL READATHON feat. My Magical Career!”