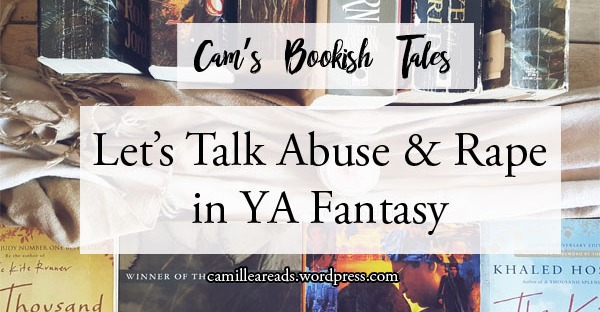 What started out as a review for Tess of the Road turned into a personal and very intimate post about abuse, its effects, and suicide. I wanted to trash this post because I was initially embarrassed to be open about it. My aim for this blog is to create a safe space for my readers but after some contemplation, I realize that if I want to give readers that safe space I have to be willing to create difficult conversations in the hopes of  building an awareness among my following.

This, by the way, is not a review for Rachel Hartman’s Tess of the Road but more of an appreciation for the issues the author dealt with in this book.

This blog post contains spoilers for Tess of the Road!! My review for the book can be found here.

Domestic abuse in Tess’ case comes from her mother’s religious beliefs  regarding Tess’ unbridled wildness, and the fact that Tess is a troublemaker. The mother’s anger for Tess’ father out-pours onto the child. So we’ve got this home situation of a raging mother and a negligent father. Then we have Tess’ sour relationship with Will who raped and mentally abused Tess.

The after-effects of abuse is insidious in this book. It’s one I don’t come across much in my reading of fantasy books. There’s the anger, the vices, or the deep sadness, which are all very serious consequences of abuse on their own but in Tess’ case, there’s not only these but also the quiet contemplation for suicide.

When I read fantasy books, rape is portrayed in a violent manner or through lewd remarks. We don’t get many books that address rape within a relationship or if they do, for the few I’ve read, these issues are used as a woman’s background sob-story to make her more of the “damsel in distress.”

Having this portrayed in a YA Fantasy book means so much to me. So I thought I’d take apart a few of Tess’ experience and address each of the paragraphs as best as I can.  Please remember, that you can stop right now if this will be triggering. The next quotes are a step through Tess’ mindset during the rape and after.

My intention is this might help readers who may not understand that sexual assault doesn’t always involve a stranger and ripped clothes, it doesn’t always come with bruises. Further, this may perhaps also be of some helpful to writers.

THE CONTEXT OF RAPE IN TESS OF THE ROAD

“I wasn’t mad at him – isn’t that ridiculous? He was just doing what my mother had warned me men do. If anything, I was mad at her, and at my maidenhead. I thought I’d have some warning, that there’d be time to stop him. I didn’t know anything.”

Guilt wrecked me after my own assault. There is always this feeling of ‘I could have done better’ or ‘I could have avoided it’. Reason after reason are squashed like grapes between our fingers as we replay the assault in our minds. Looking, we mistake the red for our own blood, and our hands for the rapist. Phrases like “asking for it” are thrown carelessly into the air as if anyone would want their bodies violated. Tess’ mindset is so akin to my own & other survivors when I was still struggling with what happened to me.

Writing in theses stages of doubt and self-blame is equally important as the end product of survivor. No one jumps from the trauma to complete healing. I highlighted this passage because for me it’s like, look! No one comes out with vengeance and anger on their mind, everyone starts out feeling broken.

‘There was no point. I was already ruined, and it was my own fault. I’d lost my virginity in the stupidest way imaginable. Making him stop wouldn’t bring it back. I only hoped he’d meant if when he said he wanted to marry me. He surely wouldn’t marry me if I broke his nose.”

Let me clarify that Tess comes from a religious background. I, for one, grew up in a Christian household and for those who are familiar with it know the whole rule against premarital sex. So anyway, someone who comes from such a background is affected differently. In addition to the fear of one’s parents there’s also the fear of religious persecution. I remember being unable to step into a church when all I wanted was to find comfort in prayer.

Also, let’s please talk about the misconceptions young teens have about sex. Many don’t quite understand what consent even is. Writing situations like these opens a conversation, or even informs readers that – hey, this is not what consent is!

WHAT MAKES THIS IMPORTANT?

“You’re wrong,” snapped Tess. “I was in his bed, in my chemise. I knew better.” I earned it, she wanted to add, but her voice stopped working momentarily. “Anyway, it’s not completely true that I didn’t want it. Some part of me wanted it, just not right then. And not like that.”

Firstly, it portrays rape within a consensual relationship. The author reveals to us that non-consensual even if you’ve been with the person for a day or a month, or years, is still non-consensual.

Secondly, the victim blaming aspect is so demeaning and in Will’s case a subtle manipulation. Through Tess we’re given a first-hand experience of the abuse. It’s nothing at all like her getting hit or viciously insulted, no, it’s an emotional abuse that is rarely portrayed and glossed over even in real life.

Thirdly, the author confronts the victim blaming through secondary characters, not once implying that Tess was to blame. This part struck me as I felt it was a sort reassurance to me and other victims. It was as though through Tess the author’s telling us

Finally, it shows us that Tess is the one who saved herself without a macho-hero, without magic, without blood…

She saved herself by running away, by confronting her mother’s religious teachings and her loneliness; Tess was her own saviour because she opened up about her rape, admitting finally that what was done to her was wrong. She recognized herself as victim and her own personal triumph. Equally important is Tess showed us that overcoming assault isn’t a one day healing process.  Overcoming trauma is a step you begin again everyday to empower yourself.

Honestly, this is a rare for me in Young Adult Fantasy books. Hartman is brazen in her portrayal of Tess’ reaction to her rape and how it affected Tess.

In the medieval kingdom of Goredd, women are expected to be ladies, men are their protectors, and dragons get to be whomever they want. Tess, stubbornly, is a troublemaker. You can’t make a scene at your sister’s wedding and break a relative’s nose with one punch (no matter how pompous he is) and not suffer the consequences. As her family plans to send her to a nunnery, Tess yanks on her boots and sets out on a journey across the Southlands, alone and pretending to be a boy.

Where Tess is headed is a mystery, even to her. So when she runs into an old friend, it’s a stroke of luck. This friend is a quigutl–a subspecies of dragon–who gives her both a purpose and protection on the road. But Tess is guarding a troubling secret. Her tumultuous past is a heavy burden to carry, and the memories she’s tried to forget threaten to expose her to the world in more ways than one.

What are your opinions about YA Fantasy and its discussion on sex & abuse? Are there any books you’ve read that have addressed these issues well?

29 thoughts on “[Cam’s Bookish Tales] LET’S TALK ABUSE AND RAPE IN YA FANTASY ft. Tess of the Road by Rachel Hartman” 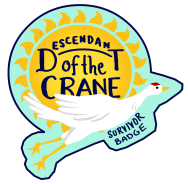