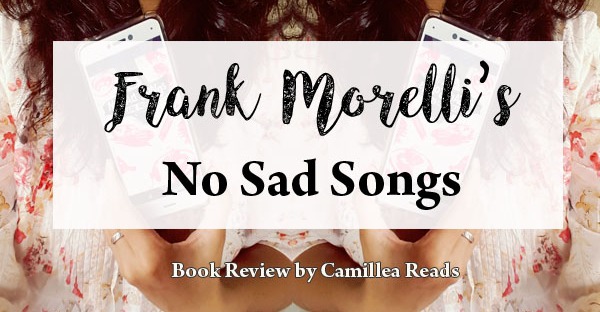 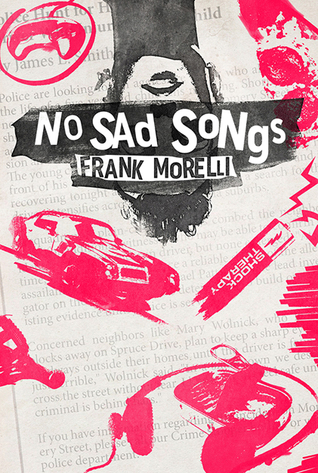 I had held that gold in my hand – the hardest hue. And Gramps and Dad recognized it immediately, for they had once held the same hue in their own hands. Their appreciation for the gift that had been mysteriously stolen from them – their youth – was the catalyst for all the smiles and laughter these two produced in my honour.

No Sad Songs is a coming of age story about a young man and his ailing grandfather; it touches on the hardships of families and the promises one keeps. It tackles loss, identity, and family values. While reading this book, the words felt both soft and humorous.

Gabriel LoScuda is your typical eighteen year old just trying to get through high school, maybe get a girl, succeed in baseball, but above all he’s driven by the thought of keeping his grandfather safe. The book delivered well in portraying Gabe’s conflicting emotions. I can’t say that he was completely likable, in fact, there were times I found his character to be quite annoying and immature. His drive for popularity, at first, made me wonder why I should care about this character. But as I followed Gabe’s story it occurred to me that maybe all his life Gabe has had this certain expectation to live upto, a certain life he had to achieve in order to feel right in himself. He does make a lot of bad choices, sure, but he owns up to them. For me that was the heart of the story; to watch this character struggle with his inner emotions.

I’m especially soft for John and Gabe’s relationship. John is the absolute sweetest; his actions reminded me of J.K. Rowling’s quote, “It takes a great deal of bravery to stand up to our enemies, but just as much to stand up to our friends.” (Harry Potter and The Sorcerer’s Stone)

John is portrayed as the quieter and mild mannered of the two, and the more practical. His character acts as a substitute for Gabe’s parents; Gabe’s friendship with John is probably the only stable foundation, or a better way to put is, John is the only emotional fallback Gabe has. I’m in awe of John’s patience with Gabe and Gabe’s strong sense of loyalty. In spite of the unpredictability of his family structure, Gabe pushes himself to take on the responsibility of two adults.

No Sad Songs is such an honest potrayal of the tribulations, and it really does not shy away from showing how young caretakers are affected. Gabe is not shown as the selfless and humble young man but as a typical teenager who gets frustrated and lashes out. I was really worried for his character, to be honest.

No Sad Songs is a lovely and comforting read with laugh out loud moments. I greatly appreciated the author’s inspiration for this book and I believe this is a book that people would benefit from reading. 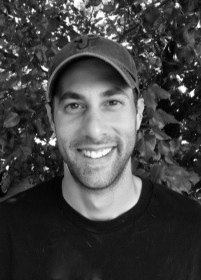 FRANK MORELLI has been a teacher, a coach, a bagel builder, a stock boy, a pretzel salesman, a bus driver, a postal employee, a JC Penney model (see: clerk), an actual clerk (like in the movie of the same name), a camp counselor, a roving sports reporter, and a nuclear physicist (okay, maybe that’s not true). At heart, he’s a writer, and that’s all he’s ever been. His fiction and essays have appeared in more than thirty publications, including The Saturday Evening Post, Cobalt Review, Philadelphia Stories, Jersey Devil Press, and Indiana Voice Journal. His sports-themed column—“Peanuts & Crackerjacks”—appears monthly at Change Seven Magazine.

A Philadelphia native, Frank now lives near Greensboro, NC in a tiny house under the trees with his best friend and muse, their obnoxious alley cats, and two hundred pounds worth of dog.

You can also check out Mr. Morelli’s list of upcoming events which includes a launch party, reading & signing, and book club discussions!

I received a review copy of this book from the author in exchange for an honest review.

Text dividers from Freepik. Camillea Reads uses affiliate links, which means that, at no cost to you, I receive a small commission whenever purchases are made using the links.

8 thoughts on “[Book Review] No Sad Songs by Frank Morelli”