When we have to do with vice and vicious characters, I maintain it is better to depict them as they really are than as they would wish to appear. To represent a bad thing in its least offensive light, is doubtless the most agreeable course for a writer of fiction to pursue; but is it the most honest, or the safest? Is it better to reveal the snares and pitfalls of life to the young and thoughtless traveller, or to cover them with branches and flowers?

It’s a little sad to think that had I not known about Charlotte or Emily, I might not have read this wondrous piece of literature. The Tenant does not pale in comparison to its widely known siblings. Somehow the Bronte seem to have a penchant for writing dark and cruel characters, and each of them have dealt with it in their distinctive ways.

When I read back on early reviews for The Tenant, Anne had been easily dismissed as “as ‘a Brontë without genius,’ but as one who certainly had her share of the Brontë temperament”*. Considering it even as a work of propaganda. I, myself, state that Anne did not have the literary talent for flowery phrases like her sisters did; her characters spoke bluntly, sometimes meaningless ramblings, and were not the most ideal literary characters. Romance in Wildfell Hall had neither the destructive “passion” between Catherine and Heathcliff, or the witty bantering and angst that Jane and Mr. Rochester seemed to possess.

I love both novels as passionately the characters loved each other, but until I read Wildfell Hall, I don’t think I understood the true nature of violent storms. It’s fun to run in the rain but someday lightning will strike. Pray it won’t be on your head.

Let’s start with the narration. I was pleasantly surprised to find out that it was not a female perspective but a male’s that I had been reading. In fact, it was actually a letter.   Giving me one of my favorite tropes: The Unreliable Narrator. In the middle, we fall into Helen’s diaries and thus begins the unraveling of the mysterious tenant. 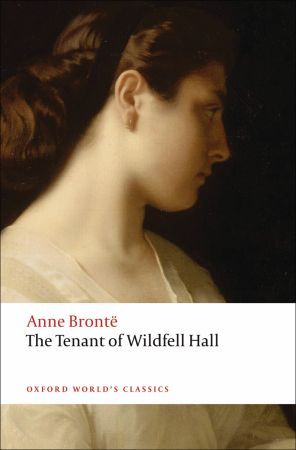 Helen Huntingdon is far more than just a woman trapped in an abusive marriage. Earlier critics called this a propaganda because someone dared write against men’s right to drink. Funny, because, even without drinking Huntingdon was a complete ass and an unforgivable bedswerver.

As I read through Helen’s diaries, I pitied her in the beginning; blamed her for making such a hasty decision, groaned every time she tried to defend Huntingdon, and then it hit me. What I was doing was exactly what I detested most and that was victim blaming.

There are a lot of things that could have been, choices that should have been made but, the thing is, an abusive relationship is not easy to walk away from. Especially not in a time when Helen’s survival might have depended on her husband, considering the little rights and equality women had back then.

They say Anne’s novel was as psychologically analytic as her sisters which is true because  she gave it to us like a fist to the face. Unlike the other novels, it’s apparent this Bronte sister had no attraction to the broodish and cynical men that make up the majority of romance novels. Helen Huntingdon refused to take anyone’s bullshit quietly. Her rebellion may have been quiet but it was there. Every time she turned a cold shoulder, slammed a door, criticized her husband, and even painted – she was rebelling.

The Tenant of Wildfell Hall was and is an honest portrayal of vicious abuse. Since this novel touched upon this them, give me a paragraph to write about it. Sure, not much physical abuse was written into the novel but that doesn’t make the abuse any less cruel. Abuse is, for one who hasn’t experienced it, hard to fully understand. The little moments of manipulation, the escalation, the fear that we quiet down with sugared glances, and the sting of betrayal – to one’s partner & self – if there is a walkout. It’s hard to comprehend the reasons. Even if there is, there is no justification for it.

This isn’t simply shaking the emotions out of someone until they are submissive, it is an exploitation.

Here, in this very novel, we have are given a perspective that doesn’t paint Huntingdon as monstrous – Helen simply narrates his actions as it is. She does not give an extremely unpleasant makeover, she may be an artist but she had no thought to paint over the dreadful years. It wasn’t until her love for someone else had her fleeing from the abuse.

There’s a lot of preaching in this book which can get boring and, to be honest, Helen’s character is not exactly consistent. Considering how she went back when Huntingdon was sick, and then married Markham. I don’t quite understand what she saw in Gilbert Markham; he was whiny, and extreme in his emotions. She turned Hargrave down because of his overbearing nature and tendency to overstep her boundaries. Gilbert is much kinder than either two and even respected her wishes to remain out of contact. Then again, he did hit Lawrence in the head WITH A WHIP out of jealousy. Are you going to justify that behavior to me?

In my precious opinion, Helen should have left that man on the side of the road. If the story had ended with her choosing Arthur, her art, and the company of her aunt over Gilbert Markham the ending would have been wholly satisfactory.

*The Critics of Wildfell Hall from The Victorian Web

First published in 1848 under the pseudonym Acton Bell

An early review: “However objectionable this works may be to crude minds which cannot winnow the chaff vulgarity from rich grain of genius which burdens them, very many, while enjoying the freshness and vigour, will gladly hail their appearance, as boldly and eloquently developing blind places of wayward passion in the human heart, which is far more interesting to trace than all bustling traces and murky alleys, through which the will-o’-the-wisp genius of Dickens has so long led the public mind”

One thought on “THE TENANT OF WILDFELL HALL: Coarse, Immoral, and Brave”